If you live in New Zealand but love the best of British TV from Eastenders to Match of the Day, you need the BBC iPlayer.

There's only one problem. It technically doesn't work, unless you live in the UK.

I say technically, because there's a simple workaround to bypass this geo-restriction. You simply need a reliable VPN with UK based servers. You can then watch BBC iPlayer with just one click, from anywhere in New Zealand.

It really is a three step process...

1. Download and install a VPN. I recommend PureVPN for it's consistently reliable service and affordable pricing.

Why You Need a VPN To Watch BBC iPlayer?

Due to licensing rights for content, geo-blocks exist to prevent viewers from other countries from accessing the BBC iPlayer.

This allows content creators to license their content to other providers in your country. However for smaller publications, there's rarely anyone willing to buy the rights.

This means you can't watch your favourite TV shows. However you can easily bypass these restrictions if you have a VPN.

A VPN takes your existing IP address from your Internet Provider and provides a new one in a chosen country such as the United Kingdom.

All your internet usage is routed via the UK before going out to the world wide web, fooling websites into thinking you reside there. You can also use your VPN to change your country and watch restricted content from over 1,200 different streaming sites.

There's many free VPN providers out there, but you'll experience slow service and most likely spyware on your device. You should pick a trusted VPN provider.

If you want to watch BBC iPlayer in New Zealand, you need a VPN that offers fast speeds, a robust service and plenty of UK servers.

How To Watch BBC iPlayer In New Zealand?

Instead you'll be presented with a screen such as this:

It's annoying! But you can resolve this by purchasing and using a premium VPN service.

PureVPN has been our #1 recommendation for the last three years, as it offers the most affordable pricing for New Zealanders, especially given the strong USD.

With PureVPN you get access to over 500+ powerful, super fast UK streaming servers, which means loading the BBC iPlayer is lightning fast.

They offer a one click, 'BBC iPlayer launcher' which connects in under 10 seconds. It automatically loads and logs you into the BBC website.

Additionally, they offer the ability to connect to servers from 142 countries worldwide. Want to change Netflix region? Want to watch Hulu or HBO? It's all possible.

For the security conscious, they offer a no logs policy, dedicated IP address (addon) and the highest grade military encryption.

It's easy to see why PureVPN is so highly rated online, it's one of the world's best VPN providers. Combine this with their 31-day money back guarantee, it's risk-free!

PureVPN can unlock and works with:

They offer support for:

PureVPN has apps for these devices:

How To Use VPN With BBC iPlayer?

A lot of our readers asked for a step by step guide on how to setup and use the VPN.

There are a few steps, we've outlined them into this simple process:

The first thing to do is visit PureVPN and purchase your subscription. While there's no free trial, there is a 31-day money back guarantee (no questions asked).

If you're going to be watching the BBC iPlayer for years to come (likely), you probably should purchase the 2 year plan for $2.88/mo. It's got the steepest discount.

Enter your payment details, ensure your email address is correct.

Now check your email for your login details. You'll also have a link to download the various apps for your device.

You'll find the apps in the Google Play Store, Apple Store for those on portable devices. You'll find other apps for Windows, MacOS on the official website.

You'll now be able to login to your app using the username and password.

Make sure you use the purevpn0s before your username.

Once you've logged in you're ready for the next step.

You can either choose a UK server yourself or you can use the BBC Quick Launcher, which will automatically change your IP address, and open the iPlayer website. 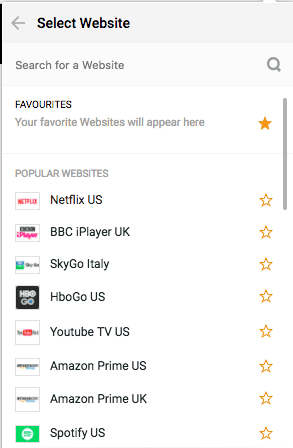 As you can see you can choose a wide variety of popular websites as well. Once you click or tap on this, the app will connect to a UK server.

After 10 seconds you'll get confirmation that you're connected. The BBC iPlayer website should launch. If it doesn't you'll need to manually open the iPlayer website.

You should now be able to see the iPlayer app in the Play or Apple store.

In 2019, the iPlayer forced all users to have an account. It's actually free to create one, but you should take care when registering.

Only register for your account when the VPN is running! Also choose your location as England as countries such as Wales and Scotland have less content!

You'll need to enter a random address and post code. Here's the post code for Buckingham Palace, it's the address I've used for many years and had no issues yet.

You'll now be able to start using the BBC iPlayer and watch all your favourite TV shows.

How To Watch BBC iPlayer For Free?

Currently the BBC iPlayer is a free service available to anyone. There are many free vpn providers out there but they often come with spyware, which will display ads and targeted offers all over your screen while you're using the VPN.

You need a premium, trusted VPN subscription to ensure your iPlayer stream is buffer free and fast. Given you're connecting to servers over 20,000km away, it's important that you have a fast connection to the iPlayer.

You'll need to purchase a subscription however most providers come with a 31-day money back guarantee so there's absolutely no risk required.

Is It Legal To Access BBC iPlayer With a VPN?

Currently there are no laws in the UK or New Zealand that prevent the use of VPN's.

Consider your company or business, they likely offer a VPN to staff to work from home. Using a VPN is no different, it's simply routing your connection via another location before heading out to the world wide web.

So yes, it's legal to access the platform using a VPN.

Why Do You Need a VPN to Watch BBC iPlayer?

The iPlayer is a UK streaming service, designed and developed for those living in the UK. Due to broadcasting rights they can only offer their platform to certain countries.

Users travelling outside the UK or expats residing overseas cannot access the iPlayer. If you visit the website right now, it will load but video content will not.

Other platforms such as Sling TV, Sky Sports UK, Now TV and Channel 4 won't work either.

To keep users from outside the UK accessing their services, they look at your IP address to determine whether you're blocked or not.

By using a VPN you'll get a UK IP address, meaning you'll appear as if you're in the UK when trying to access the iPlayer, making it work.

What Is BBC iPlayer?

The streaming service, BBC iPlayer, is a free app and browser compatible website provided by the BBC. Viewing and recording live BBC channels, catching up on missed episodes, watching BBC favourites, and viewing exclusive content, are all applications available on the BBC iPlayer without any inclusion of advertisements.
The BBC, or British Broadcasting Corporation, has been around since 1922, striving to deliver quality news and entertainment, branch from radio to television and now online to as many people possible, starting in Great Britain, but slowly spreading out globally.
With their global news channel, BCC World News, being watched by 75 million people in over 200 countries, and the overall estimate of an international audience of BBC made content being 426 million, not to mention its national weekly audience of 121 million, it shows how widespread the BBC is.
After four years in production, with a criticised initial beta-test in 2005, BBC iPlayer was launched allowing for the ability to go online for easier and more consistent access.
During the release of the service, the end of 2007 and start of 2008, 3.5 million users had downloaded or streamed within the first three weeks.
Many additions and changes have been to the service over the years, for example, at the outset content could only be held for seven days, which was bumped to 30, to having every episode available until the end of the season, to now, some content being held for an entire year after their release, the main exception being most news which is removed as it is updated.

Features of the Platform

Other features, such as a user-selected favourites page, generated personalisation of content as well as the ability to turn off said feature, and better responsive pages, have all been included in the years since BBC iPlayer’s original release.
As of 2017, there is an average monthly streaming of 272 million views, with a peak of 327 million.
Streaming is available on the latest versions of Google Chrome, Microsoft Edge, Mozilla Firefox, Opera, Safari, and Microsoft Internet Explorer 11 (on Windows 10S only).
The app can be downloaded on up to date Android and iOS devices and other laptops and mobile devices, allowing content to be downloaded and watched later with no internet connection necessary; download on the PlayStation 4 and Xbox One are also available.

How To Watch iPlayer Overseas

Currently, there is no worldwide version of the BBC iPlayer, the BBC having shut down the user purchased service available in Europe, Canada, and Australia in 2015.
The reasoning is given was so that the BBC could focus on creating new digital services across a variety of platforms.
As of yet, it remains contained in the United Kingdom. This has lead to an approximate of 65 million people worldwide using virtual private networks (VPNs) to bypass region codes to watch BBC iPlayer from outside the UK.
But, as BBC iPlayer is updated and revamped to compete with other global streaming powerhouses, like Netflix and Amazon Prime, new additions with widespread future potential are possible.

Q: Can I watch BBC iPlayer in NZ?

A: Yes you can. While technically it's blocked due to geo-restrictions, with a few minutes of your time you can bypass these restrictions and watch all content on the iPlayer.

Q: Is the BBC iPlayer free to use?

A: Yes, currently the iPlayer is free of charge and does not require any payment. Anyone can create an account and watch for free.

Q: What platforms does the iPlayer work on?

A: You can watch the iPlayer on your platform of choice such as Google Chrome, Firefox, Android, Apple iOS, Windows, MacOS, Chromecast or Amazon Firestick.

Q: Can you setup the BBC iPlayer for me?

A: We don't offer installation services but we have created a simple 3 step tutorial that you can follow along to get the iPlayer working in New Zealand. Click our link.