The A-League is Australia’s professional men’s soccer league and is organised by Football Federation Australia (FFA). It is the highest tier of the Australian league system, above the current state-based league systems. The competition is also referred to as the Hyundai A-League as the Hyundai Motor Company is the principal sponsor.

Australia’s first football competition was the National Soccer League (NSL) which ran from 1977 to 2004. In 2005, it was proceed by the current A-League which does not recognise the historical results of the NSL.

The A League currently has eleven teams, comprising ten which are based in Australia and one in New Zealand. Matches are played against two teams, each containing 11 players (including a goalkeeper). The full squad for each club must contain at least 20 players and a maximum of 26.

There are various rules governing each club’s number of ‘visa’ or ‘foreign’ players from outside Australia (and in the case of the Wellington Phoenix club, New Zealand); the number of players aged under 20 years; and the club’s total salary cap (which excludes two ‘marquee’ players).

The season takes place from October to May and commences with a 27-round regular season. At the end of each round, three points are awarded for a win, one point for a draw and zero points for a loss. The six teams with the highest number of points at the end of the regular season then progress to the Finals Series playoffs which involve elimination finals, semi-finals and ultimately a grand final. 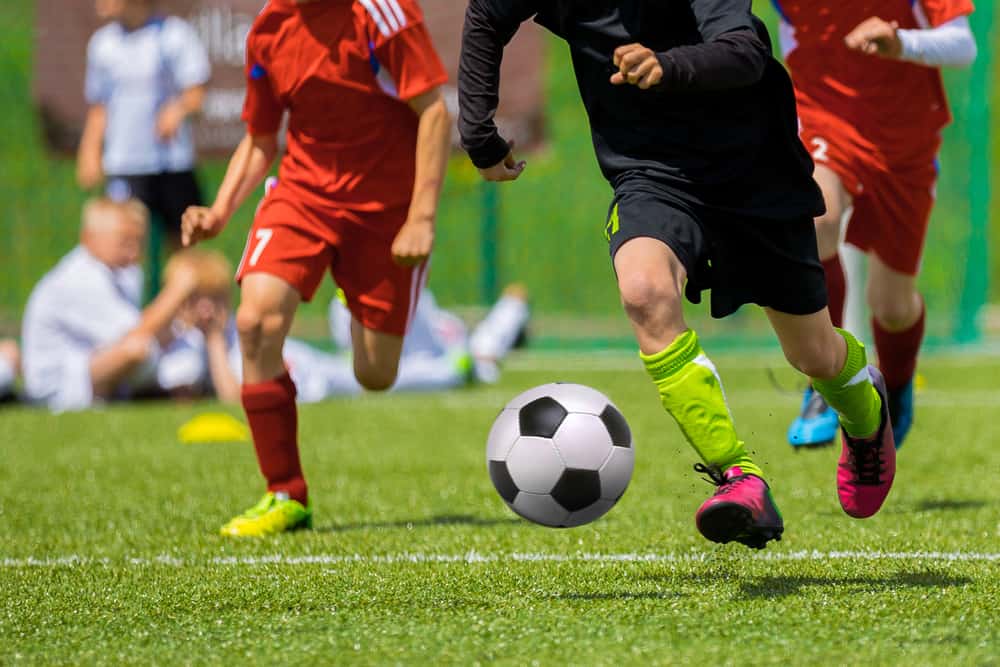 In the rest of Australia’s main football codes, the winner of the regular season is the ‘minor premier’ and the grand final winner is the ‘premier’. However, in the A-League the team with the most points at the end of the regular season is known as the ‘premier’ and the winner of the grand final match at the end of the Finals Series playoff is called the ‘champion’.

The premier is awarded the Premier’s Plate trophy and the champion receives the A-League Trophy.

The top clubs in the A-League also qualify to compete in the Asian Football Confederation Champions League (ACL). Along with other Australian professional sports leagues and Major League Soccer in the United States of America and Canada, the A-League does not use the process of promotion and relegation.

This refers to the practice of moving teams between different divisions on the basis of their performance from the completed season.

Besart Berisha is the league’s highest goal scorer with 116 goals, while Andrew Durante has made the most appearances with 283 games.

In February 2018, the FFA announced the league would be expanded to include additional clubs. Western United will join the competition for the 19-2020 season, while Macarthur FC will become part of the league in 2020-21.

How To Watch The A-League NZ

In New Zealand you can watch the games live on Sky Sports. If you want to watch the premier league you’ll need Spark Sports as well which means your monthly price will be upwards of $59 per month.

You can watch all the A-League games live and on demand with pre and post match analysis using Kayo Sports or Foxtel Now.

These are premium Australian channels that cost $25 per month.

To watch A-League with Kayo you need to use an Australian VPN to fool Kayo website into thinking you’re in Australia.

You’ll need to decide how you plan on accessing Kayo. You could use your smart TV, Apple TV or just a computer web browser.

You’ll need to download the PureVPN Application to your device first, then the Kayo or visit their website.

You’ll now need to connect through to a AU based server. If you’re given an option of which city then I’d choose Melbourne or Sydney

You’ll be advised by the VPN app once your IP has changed and you’re routing your connection via Australia.

You’ll now be able to load the A League games live and on demand and stream away.