The Saudi Cup is one of the richest horse races in the world and is held annually at the King Abdulaziz Racetrack in Saudi Arabia.

But how can you watch the Saudi Cup live and on demand in New Zealand? Well today we're going to show you how you can, in minutes.

What is the Saudi Cup?

The race is run across a dirt track of 1,800 metres, equating to 9 furlongs.

As of the time of writing, the 2020 Saudi Cup is set to be the most valuable horse race in the world with a total prize purse of $20 million, which significantly exceeds its competitors such as the Dubai World Cup and Pegasus World Cup, whose prize purses are around the $12 million USD.

With $10 million USD for the winning horse and many more millions for the runners up, third place finishers and more, the Saudi Cup is set to be one of the most exciting events in the field of horse racing. 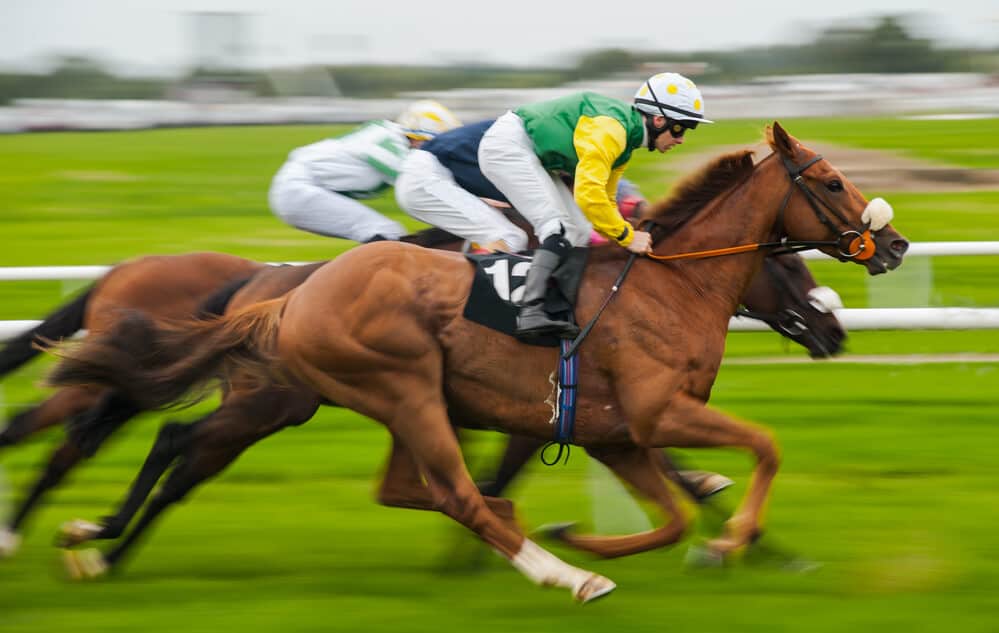 When Is The Saudi Cup?

The 2020 Saudi Cup will be the race’s inaugural event and is scheduled to take place on the 29th of February.

Given the profile of the race due to the unparalleled prize pool on offer, it has attracted the attention of some of the best horses and jockeys in the sport.

For the primary race, nearly 150 horse nominations have been considered, spread across 4 continents in over a dozen countries, featuring some of the highest quality trainers.

There are over 30 Group 1 winning horses in the pool, such as the notorious Maximum Security who won 4 Group 1 events in 2019, such as the Florida Derby, Haskell Invitational and the Cigar Mile.

Maximum Security is also known for being disqualified from the Kentucky Derby, having crossed the finish line first but accused of cutting off other horses towards the final leg of the race.

While attracting a large amount of attention and a huge quantity of entrants, the pool is set to be whittled down to only 14 runners on the 25th of February.

The process of doing so is rather complicated and involves analysis of horses’ respective handicaps to determine which horses will be participating and which ones won’t and is performed by a committee of expert handicappers.

An additional condition, however, is that two of the horses in the event will be locally owned and trained in the region.

What To Expect From The Saudi Cup?

In addition to the primary race, the Saudi Cup Race Day will also feature an array of other smaller races, totalling 9, such as the Neom Turf Cup and Longines Handicap. All of these events will be hosted at the King Abdulaziz Racetrack, which contains exclusively turf racetracks, and offer significantly lesser prize pools.

All in all, the entire Saudi Cup Race Day will offer $29.2 million USD in earnings, with $20 million USD for the primary race, and the remaining $9.2 million USD spread across the 8 other smaller races, all of which will be conducted on the same day.

How To Watch Saudi Cup In New Zealand?

There's no coverage of the Saudi Cup in New Zealand. It's unclear if the race will be shown live on TAB TV. If it is, you'll need a premium Sky subscription to access.

Over in Australia, the race is live streamed on Racing.com which is available to anyone with an Australian IP address and a free account.

With the help of an Australian VPN, you can set yourself up to watch this TV program as well as any other geo-blocked content.

How To Watch Saudi Cup With a VPN?

You can watch the race using any VPN, but they must offer an Australian server. After months of research, the best VPN in our opinion is PureVPN.

Turn on the VPN by clicking the start button. Now change the country to 'Australia' and within 15-30 seconds your VPN will connect.

Your internet usage is now being routed via a server in Australia. You can now access many geo-blocked websites previously unavailable in New Zealand.

Visit Racing.com and signup for your free account. You'll now be able to live stream the race or watch on demand. You'll also be able to watch any other free to air Australian content that you previously couldn't.