Acorn TV is actually already available in New Zealand, but the content is severely lacking. If you compare the content available on your subscription vs countries such as United States or Canada, you're missing out.

But how can you unlock Acorn TV content from the US or Canada? Well today we'll show you how you can within minutes, using a simple trick.

What is Acorn TV?

Acorn TV is a streaming service that is based in Los Angeles in the United States that specialises in streaming TV shows from the United Kingdom specifically, though later on they began to branch into some shows from Ireland, Canada, Spain, Mexico, New Zealand, and Australia.

The main focus on the streaming service remains on shows based in the United Kingdom, however. It is owned by a company called RLJ Entertainment, Inc.

The company has been bringing United Kingdom television shows since 1994, starting with VHS tapes and moving on to DVD and blu-ray as time went on.

The service offers newer British television, as well as older shows that are considered classic in their respective country.

Some of their more well known shows that they offer are "Miss Fisher's Murder Mysteries", "Janet King", "A Place Called Home", and "Jack Irish".

It also offers documentaries, and the as evidenced genres of their shows can range from mysteries and dramas to simpler things such as comedies.

Some examples of the channels they have the ability to get shows from are BBC Worldwide, All3Media, Content Media Corporation, Channel 4, ZDF, and DRG.

The service also offers shows that are considered to be rare and difficult to find in the United States, such as the final episodes of "Agatha Christie's Poirot", a show containing a franchise that they have a stake in.

Starting in 2013 the service even sometimes has the opportunity to show premieres of British shows, being the only streaming service to do that in the United States.

How Much Does Acorn TV Cost?

Acorn TV offers a one week free trial, and normally the service costs $4.99 a month, with an alternate option of $49.99 for a full year's subscription.

It surpassed one million users very recently, in September of 2019, and based on the growth rate seems to have been at it's most popular in 2016.

Considering the amount of time that the streaming service has been active, as well as comments from professionals, the service is considered niche and is on the lower end in terms of consumer numbers when compared to other streaming services.

How To Watch Acorn TV?

Consumers can use Acorn TV using several different devices, such as the website using their browsers, the Google Home app using Chromecast, Airplay if they have an iPod or iPad, or simply using the service's mobile app.

Further examples include the Roku Box, or an Amazon Fire Stick. and Android phones and tablets as well.

In summary, the Acorn TV streaming service is a wise app choice if you are wanting to have an easy access to British television, as well as premieres and existing shows. 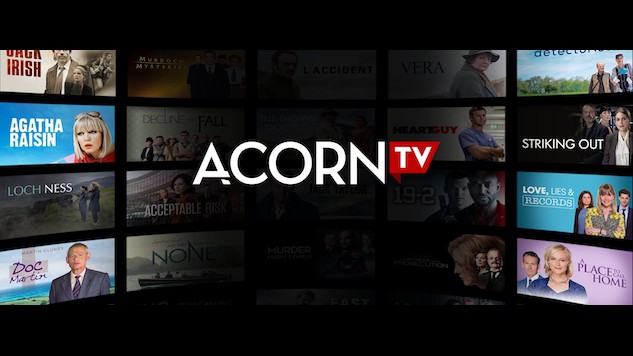 Acorn TV is already available in New Zealand. You can access their app via your Roku, android or iOS devices, as well as using a web browser.

However, the content available in New Zealand is limiting and doesn't offer the full catalogue that you'll get in the United States and Canada.

Similar to Netflix, due to licensing, New Zealand get's a much smaller inventory compared with North America. This is annoying, but can be bypassed by simply using a VPN.

How To Watch Acorn TV With a VPN?

You can change your Acron TV region using a VPN, but they must offer an United States server. After months of research, the best VPN in our opinion is PureVPN.

Step 3: Connect to a USA Server

Turn on the VPN by clicking the start button. Now change the country to 'United States' and within 15-30 seconds your VPN will connect.

Your internet usage is now being routed via a server in United States. You can now access many geo-blocked websites previously unavailable in New Zealand.

Visit the Acorn website and you should now have more content options. If you haven't signed up for an account yet, you can get a free trial.

If you're using a device such as a Roku or Amazon Fire TV then you'll need to restart your device, connect to your VPN and then load the Acorn TV app.